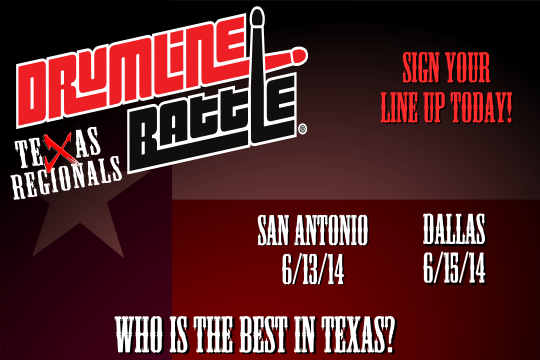 The Crossmen are pleased to announce DrumLine Battle Texas Regionals!  DrumLine battle is an exhilarating competition in which two drumlines go head to head in search of the champion! Each drumline, ranging between 6 and 30 members, will prepare a 90-120 second performance.  Don’t miss out, register today!

The regionals will take place in the following locations:

The first eight teams to register per event will compete head to head and have their chance to be named the best DrumLine in San Antonio and Dallas. Any team to register after the first eight will be added as an alternate with a performance slot given if one of the original eight are unable to compete for any reason.

For questions please email Joel Moody at joel.moody@Crossmen.org. See you on the BattleField!