The thunderous sounds of drumming permeated the downtown area of Indianapolis on Saturday, August 11, just a few hours prior to the start of the DCI World Championship Finals and long before the finalist corps got off their buses to warm up for the season’s grand finale.

The annual SoundSport International Music and Food Festival brought hundreds of fans to Pan Am Plaza in downtown Indianapolis to witness, among other attractions, the final DrumLine Battle performances of the season.

The beats of the drums filled the air and rattled the rib cages of all in attendance, celebrating the joy of drumming that transcends all earthly cultures. 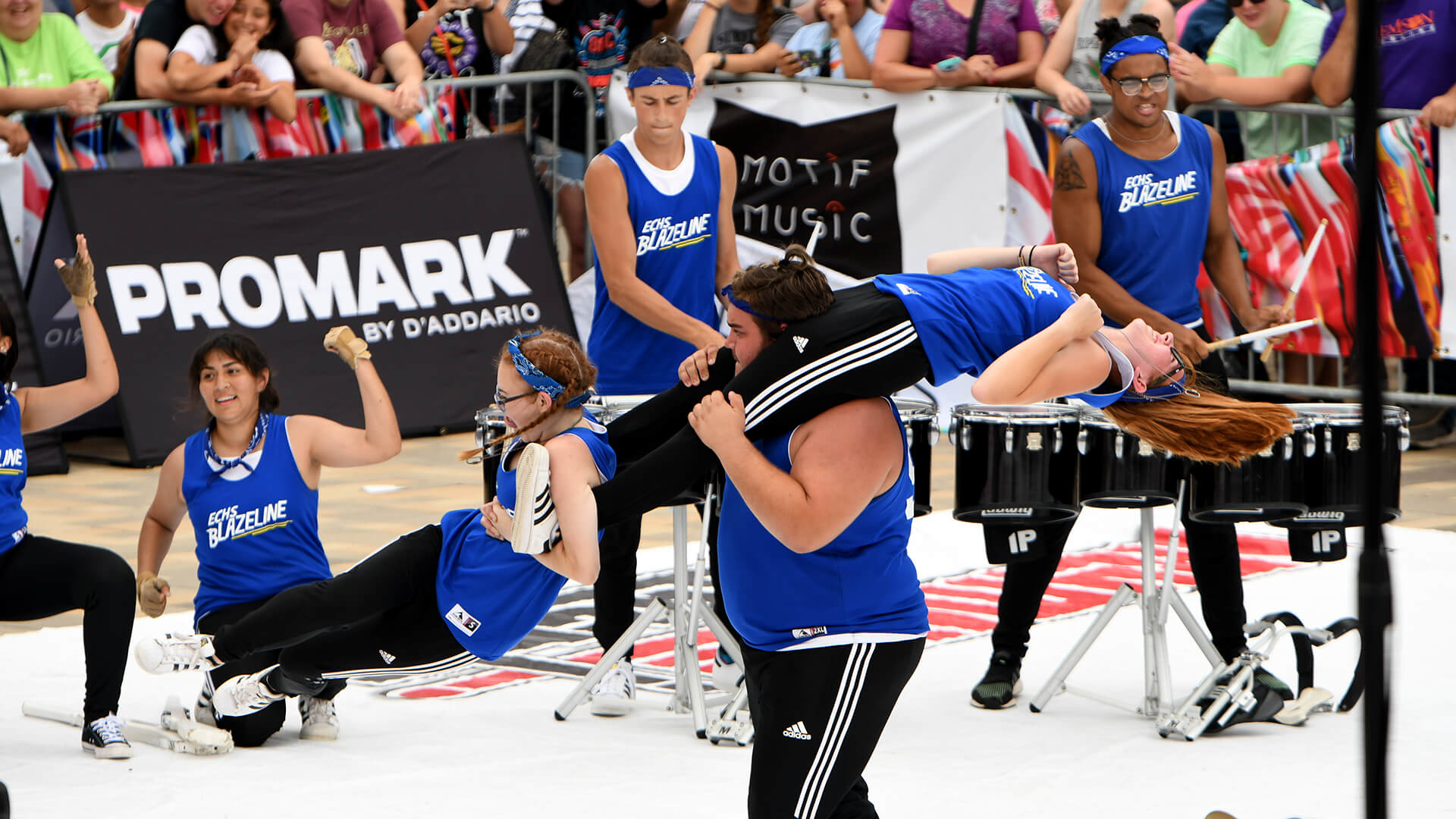 A standing room only audience as over-flowing with enthusiasm, screaming approval for all units in attendance. Each of the ensembles brought a different kind of attitude and faced off its competitors in direct competition for the love of the audience and approval of the judges.

When the dust settled, the 11 members of the Calgary Stampede Showband Drum Line of Alberta, Canada walked off with top honors, beating the finalist line from Elkhart Central High School of Indiana.

“It was amazing,” Stampede snare drummer Michael Levia said. “The first couple of battles were nerve-wracking because all the groups were so good and we respect them a lot. But once we got comfortable it was a blast. I’d love for us to do this again next year. This is a lot of fun for the audience and the members.”

While the members of the lines bring an extensive amount of attitude to each performance, they still respect and admire the other lines, as pointed out by Will Branch, a drummer with the runner-up Elkhart Central High School BlazeLine. 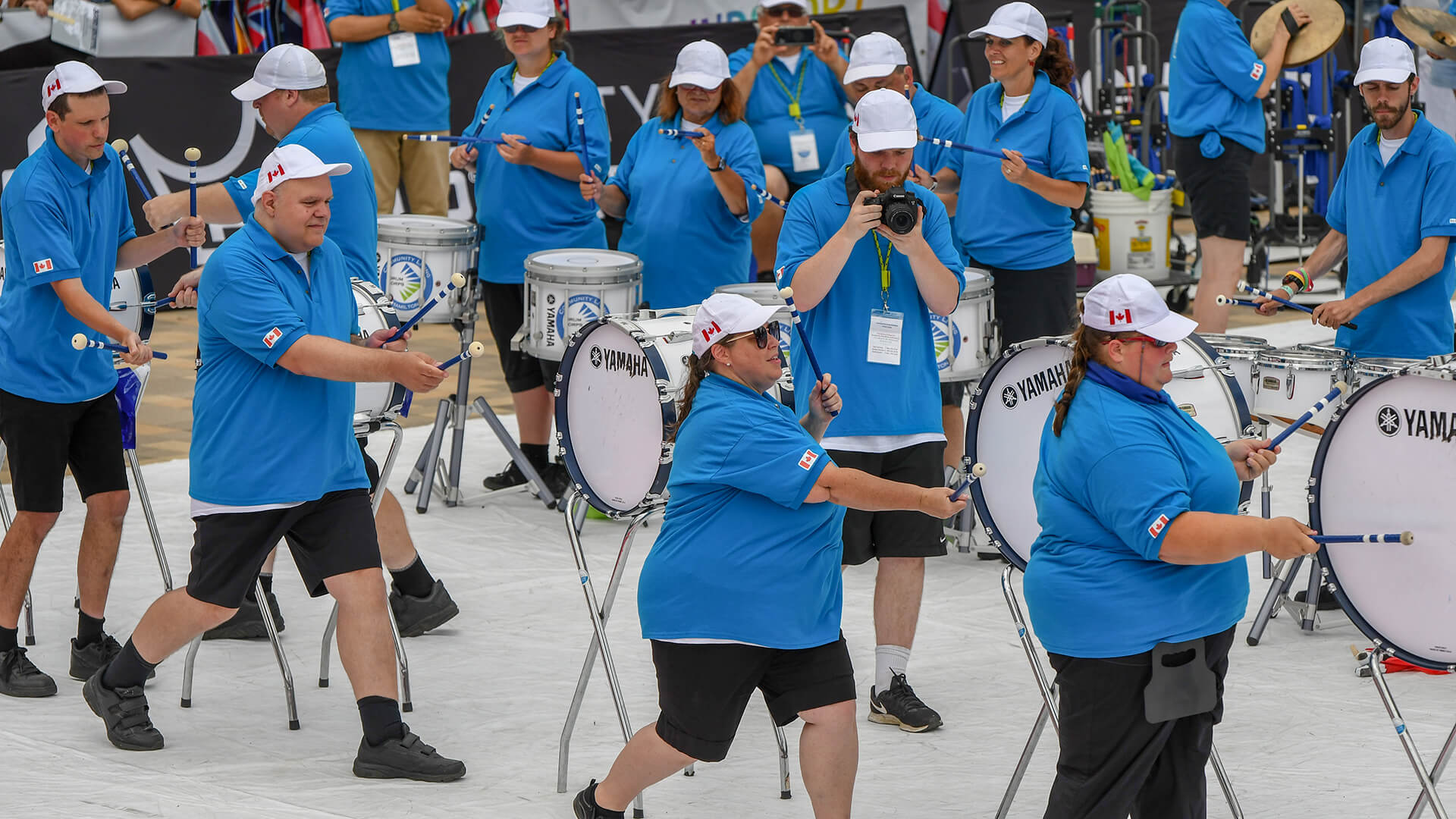 “We’ve been working nine months straight to be where we are today,” Branch said. “It’s a rough grind and I just about cried finding out we would be in the final round. We all love Calgary’s line; they’ve got great hands and connect with the crowd.”

Raiders won the consolation battle with Hamilton Community Living, as determined by the three judges who observe each of the bracket-style performances from just feet away.

Brad Bell has been the DrumLine Battle emcee and announcer since the event’s inception in 2013.

“Today was outstanding; the performers and crowd really brought the energy and emotion,” Bell said. “It’s such a great honor to be allowed to keep the energy moving. I try to be enthusiastic, but all I need to do is run with the enthusiasm the participants and audience have going. Everyone goes away entertained.” 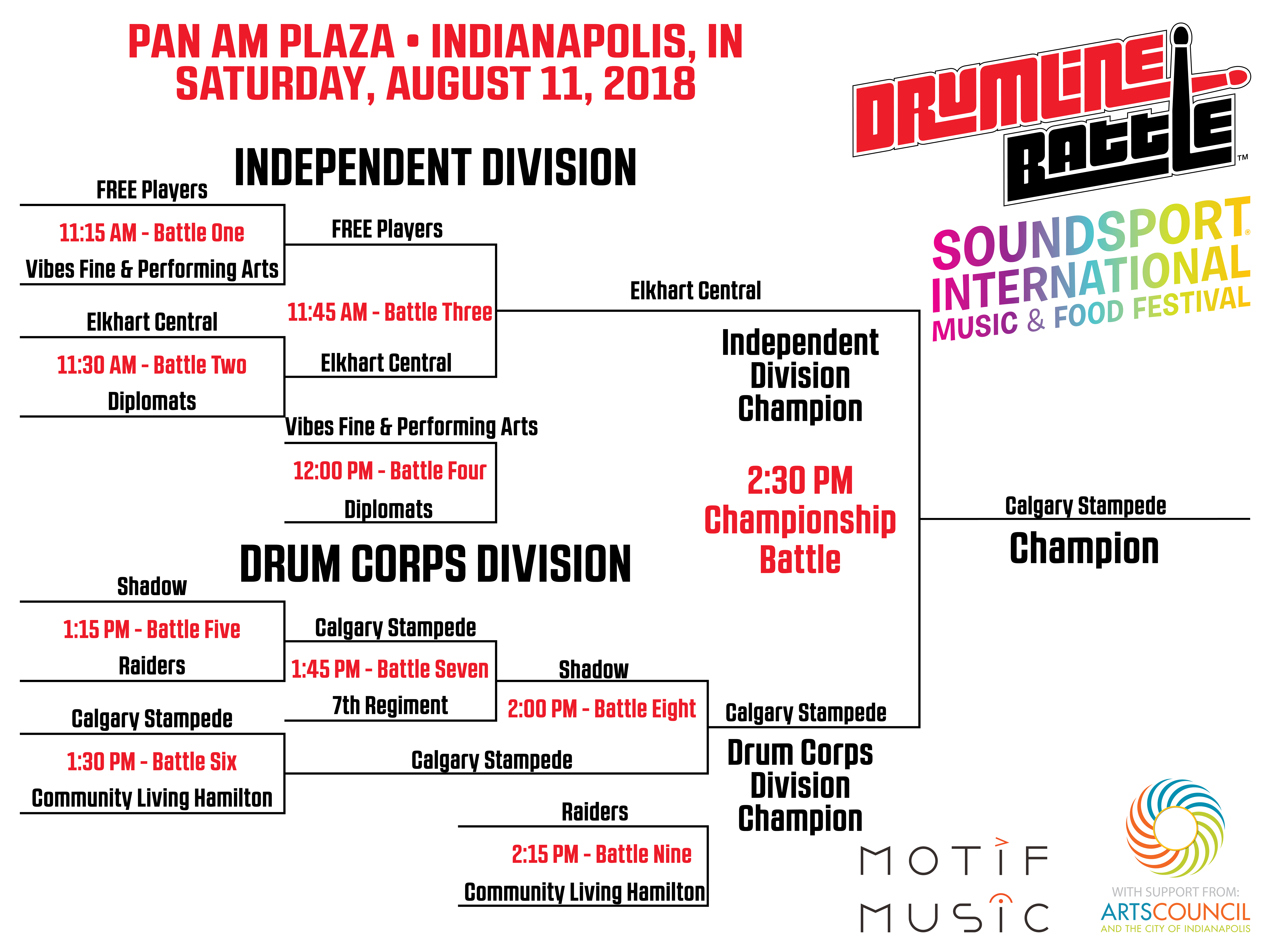